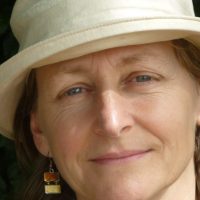 Cas spent many years having a fabulous time, and a great deal of fun, working in children's television drama with CBBC. She developed and executive produced lots of programmes including JACKANORY, MUDDLE EARTH, THE MAGICIAN OF SAMARKAND, BIG KIDS and THE STORY OF TRACY BEAKER.

Now Cas writes books for children (the HARVEY DREW series; WILFRED THE UNWISE), helps out in a primary school library (where she is Patron of Reading) and looks after her family full-time. She has four children, a daft dog called Bramble and she lives in Oxfordshire. Follow Cas on Twitter: @TheCasInTheCat

Do You Speak Chocolate?