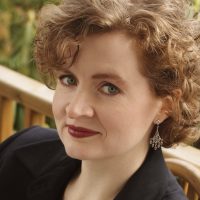 Julie Berry grew up in western New York. She holds a BS from Rensselaer in communication and an MFA from Vermont College in writing for children and young adults. She now lives in southern California with her husband and four sons. THE SCANDALOUS SISTERHOOD OF PRICKWILLOW PLACE, a farcical Victorian murder mystery, is Julie's latest title. ALL THE TRUTH THAT'S IN ME is Julie's first YA novel. It has earned starred reviews from Kirkus, School Library Journal, Publisher's Weekly, BCCB, and the Horn Book. It's been named a Junior Library Guild selection and Top Ten Best Fiction for Young Adults title by YALSA, and a Top Ten TAYSHAS title by the Texas Library Association. It won the Whitney Award for Young Adult Fiction and the Westchester Prize for YA, as well as Australia's Silver Inky Award. It was nominated for the Edgar Award for Young Adult Mystery, and shortlisted for the Carnegie Medal for fiction in the UK. It is also a Horn Book Fanfare title, a Kirkus Best Teen Book of 2013, a Boston Globe top YA for 2013, and a School Library Journal best of 2013 selection. It will be published in 14 international countries and territories. Julie is also the author of THE AMARANTH ENCHANTMENT and SECONDHAND CHARM and the SPLURCH ACADEMY FOR DISRUPTIVE BOYS series. Julie's works appear in audio and international versions worldwide. Follow her on www.julieberrybooks.com or on Twitter: @julieberrybooks

The Scandalous Sisterhood of Prickwillow Place