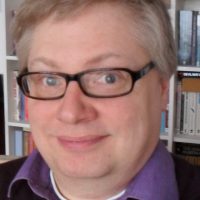 Simon Cheshire is an award-winning author who grew up in Warwickshire. His first book, JEREMY BROWN OF THE SECRET SERVICE, appeared in 1997, and since then his books have been published in many countries around the world, and in several languages. His book DEADLINE won the Portsmouth Book Award and THE PRINCE & THE SNOWGIRL was nominated for the Lancashire Book of the Year Award.

His hobbies include movies, repairing old computers and wishing he had more hobbies. He lives in Warwick with his wife and children, although he spends most of his time in a world of his own. Visit Simon on www.simoncheshire.co.uk.

The Eye of the Serpent

The Curse of the Ancient Mask