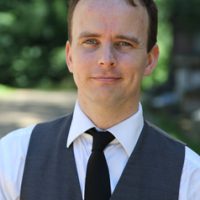 Gareth divides his time between writing books, visiting schools, producing TV programmes and annoying his friends and family by playing the ludicrous number of stringed instruments in his front room. He won the Blue Peter Book of the Year Prize 2012 for THE CONSIDINE CURSE, and THE CASE OF THE MISSING CATS, the first book in The Dragon Detective Agency series, was nominated for the Waterstones Children's Book Prize. THE THORNTHWAITE INHERITANCE won seven children's book awards, and his previous books for Hot Key Books, CONSTABLE & TOOP and THE SOCIETY OF THIRTEEN, were extremely well-received. Follow Gareth at www.garethwrites.co.uk or on Twitter: @jonesgarethp