The Incredible Dadventure 3: The Spectacular Holly-Day 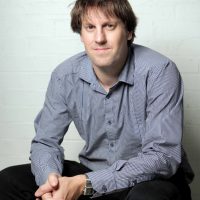